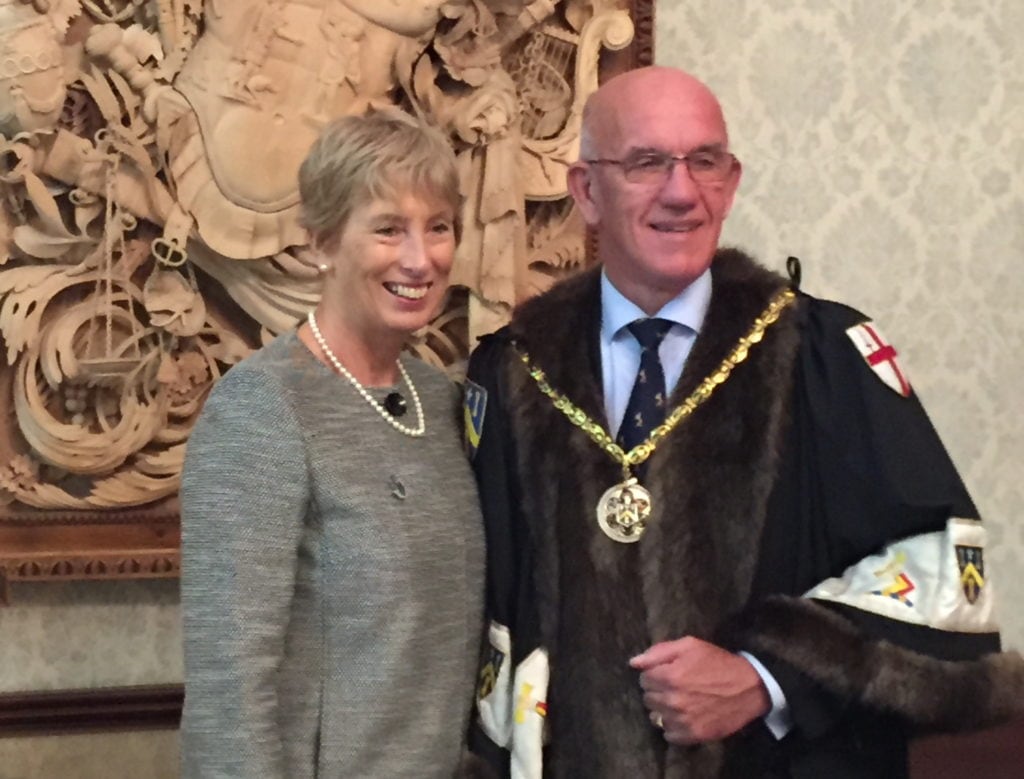 Former Managing Director of Hanson Building Products UK, David Szymanski, is to be elected Master of the Worshipful Company of Tylers and Bricklayers. David will become Master in a year that sees the City of London Livery Company celebrate the 600th anniversary of its first recorded Master. The Installation Ceremony and Annual Service will take place on 6 October 2016 at St Margaret’s Lothbury, followed by lunch at Carpenters’ Hall.

David has been associated with the brick industry all his life. Many of his family were employees of the London Brick Company and David was raised in Stewartby, a village in Bedfordshire that was owned by the company. His association continued as the London Brick Company sponsored him to attend Bradford University where he gained an honours degree in Mechanical Engineering. David went on to become an engineer for LBC working in Iran during the revolution and in Swaziland. When LBC was taken over by Hanson plc in 1984, David took the opportunity to move into general management. He subsequently held a number of senior roles within Hanson culminating in the position of managing director of Hanson Building Products UK. Here his division had a turnover of £500 million and employed 4,000 people. In 2007 Hanson was taken over by Heidelberg Cement and in 2009 David left the business to enjoy what he calls “semi-retirement”.

David became a Liveryman of the Worshipful Company of Tylers and Bricklayers in 2004 and was elected a Court Assistant in 2011. He said, “It’s an honour and a privilege to be elected Master of our ancient Company.”