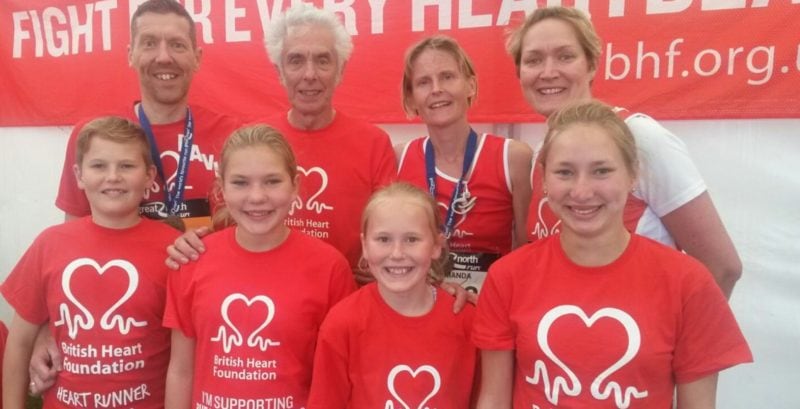 David Baker, Contracts Director at TTA member Plunkett Tiling, has been raising money for the British Heart Foundation with a series of challenges with his family over the last few months.

David was inspired to support BHF after seeing the incredible care his dad received after he was diagnosed with heart problems last year.

Their fundraising mission got under way in June, when David and son Aran completed a 64-mile Cyclone cycle challenge… 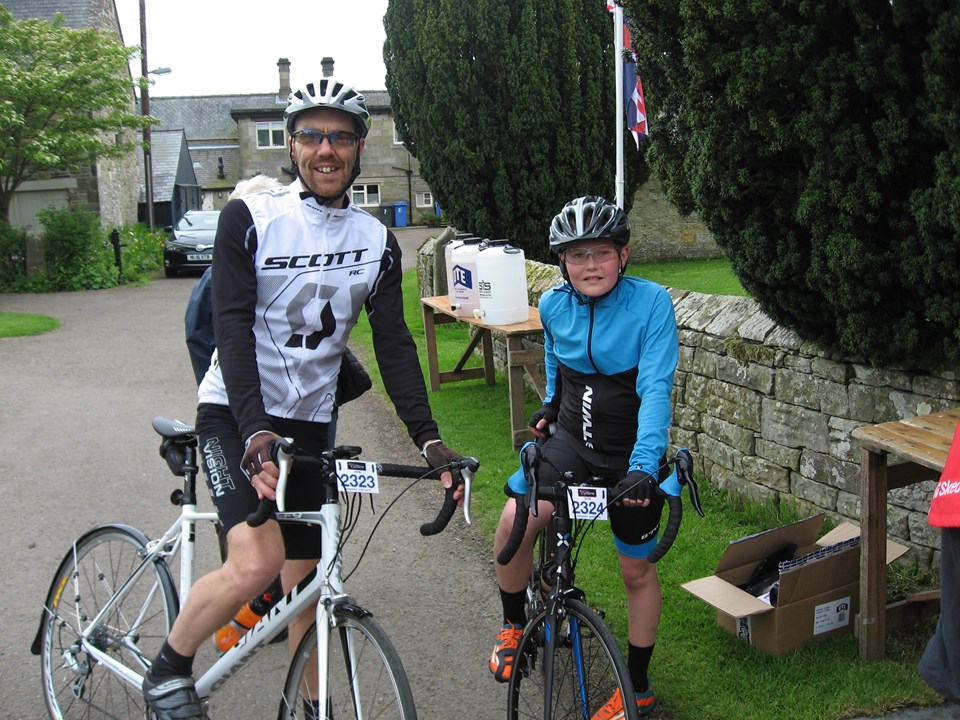 In July, David took on the 112-mile bike leg of a full distance triathlon, with niece Abbie conquering her first junior triathlon in the same month.

And finally it was on to the Great North Run. On 10 September, both of David’s children – Aran and Katie – together with nieces Abbie and Naomi, took part in the Junior Great North Run; before David – joined by wife Amanda and sister Alison – took on the full Great North Run the following day.

“It came as a big shock to us all last year when Dad was diagnosed with heart problems,” David says. “He needed open heart surgery shortly before Christmas but the brilliance of those involved in his treatment and care inspired us to fund-raise for BHF.

“Before Dad’s recent heart problems, I didn’t realise how much of an impact the work of the British Heart Foundation has had in reducing the number of people dying from cardiovascular conditions. Their vision is to get to a point where nobody dies prematurely from a heart condition, and they need donations to continue the vital research that will achieve this.”

It’s been a gruelling challenge, but it’s certainly been worth it. David has almost doubled his original fundraising target, with close to £2,000 now raised. And there’s still time to make a donation so that even more money goes to the British Heart Foundation.

Find out more about the British Heart Foundation HERE