Cast your mind back to the Autumn Budget Statement, and you may recall that The Chancellor of the Exchequer, Philip Hammond, announced significant changes to some Employee Benefits funded via the use of Salary Sacrifice.

The changes proposed are perhaps less problematic to employers than they may have been. This is because the Chancellor ensured that Pension Schemes, Childcare Vouchers and Cycle to Work schemes were all excluded from the announced plans. It is likely that the above grouping of benefits represents the majority of Salary Sacrifice usage in the UK, and therefore these exemptions to change are welcome.

But – as our recently published survey demonstrates – there are still an awful lot of UK employers who will need to take urgent corrective action in this space.

Our survey, which was undertaken just two days after the Chancellor’s announcement, found that almost 1 in 4 employers (24%) would need to alter their employee benefits offering as a direct result of the Chancellor’s decision.

The announced changes are somewhat complicated by differing time-lines for different benefits. Yet the reality is that the first changes manifest themselves as early as April 2017. This means that some employers now only have 2 full months to review the impact of these plans and take corrective action. This is of course a challenging timeline for many organisations, and our survey also found that nearly half of the employers present (47%) thought that the Chancellor had not given enough time and warning with regard to these changes.

Yet the clock is now ticking, and therefore employers will need to react quickly.

Employers will need to decide whether to remove or replace a given benefit – or whether to promote other offerings (and in particular those Salary Sacrifice benefits excluded from change) as an alternative. These decisions will need to be carefully considered, not least because any alteration to the Employee Benefits offering can be influential to employee engagement levels. Indeed 27% of our respondents felt that the limitation of Salary Sacrifice benefits would damage employee engagement and/or relations.

So careful consideration is strongly advised before any final decisions are made. 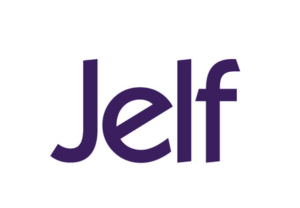