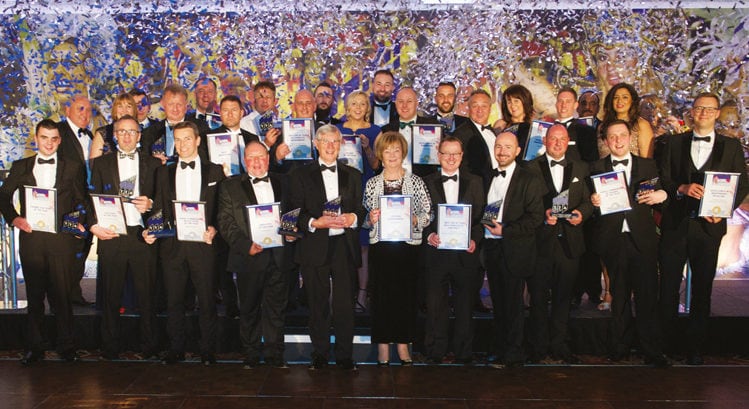 It may seem like the TTA Awards 2016 have only just taken place but it is not too early for Tile Association members to start thinking about their entries for next year.

The TTA Awards for 2017 will be held on the evening of 19th May and will be returning to London once again for the tiling industry’s biggest event of the year.

This year’s winners were unanimous in their enthusiasm for the Awards and the great personal pride and satisfaction which they and their companies derive from doing well.

Among the winners was Pete Davis of Stafford Tiles, who won the Award for Excellence in Independent Retailing. He said: “Chris and I were overjoyed to win the Award. It was really an Award for our wonderful team and recognises their hard work over many years.”

James McCann of Armatile, who won both the Lifetime Achievement Award and the Commercial Project Award, said: “We were very honoured and very privileged to receive both the Awards that my company received. These are really great recognition for the Armatile team.”

Here’s a video of this year’s TTA Awards…

If you want to join the select group of TTA Award winners in 2017, it is time to start thinking about ways in which you might be able to enter.

Entries will open later in the year and the categories will be: